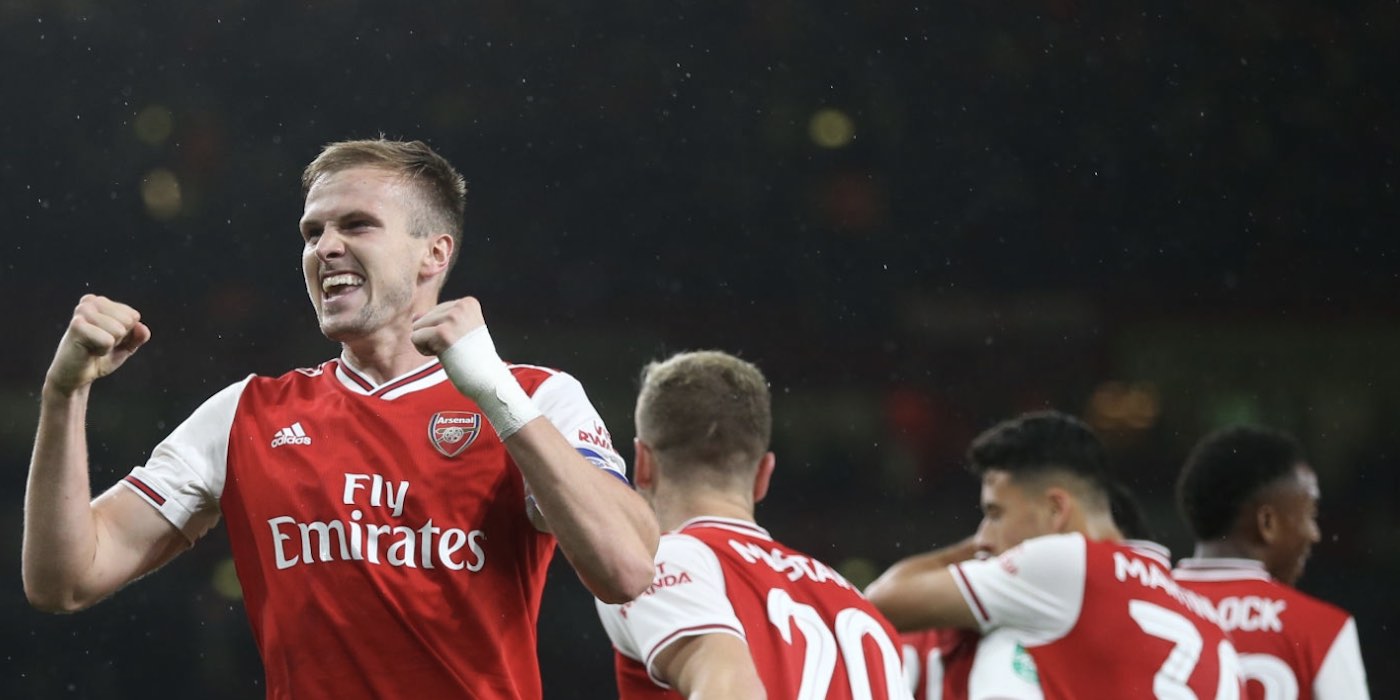 Unai Emery admits he’s chuffed to have Hector Bellerin, Kieran Tierney and Rob Holding back in contention after the trio came through their return from injury unscathed.

All three players featured in the 5-0 win over Nottingham Forest on Tuesday, Holding playing the full game and Bellerin replacing Tierney with 13 minutes remaining.

It would be a surprise if all three make the squad for Monday’s trip to Old Trafford, the boss has already hinted that Bellerin – confirmed today as one of our captains – could step up his fitness with the under-23s, but it’s very positive nonetheless.

“It’s amazing news,” Emery said on Friday. “It was amazing to see the people’s reaction to Rob Holding, Kieran Tierney and Hector Bellerin, who played his first 15 minutes [at the end].

“It was a great moment. We can be a better competitive team with them. For us having every player available is the perfect moment.

“Now we have two injuries with Lacazette and Smith Rowe, and hopefully in a few weeks he can be training with the possibility to play. Really we are really happy with Hector, Rob and Kieran.”

Having entered the season without a bona fide right-back, sanctioning the sale of Nacho Monreal despite Tierney’s gammy groin and with our centre-backs playing football like a couple of drunk llamas, you can understand why Emery might be pleased.

Xhaka: I can’t accept what happened to me