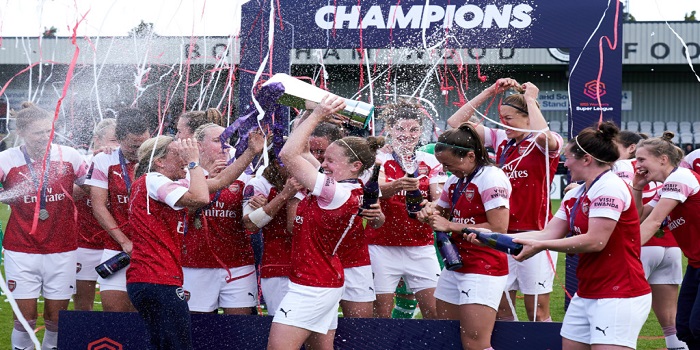 Arsenal Women will play Slavia Praha in the last 16 of the Champions League next month. The Gunners defeated Fiorentina in the round of 32 6-0 on aggregate.

The reward for Joe Montemurro’s Gunners is a tie against Slavia- the Gunners avoided tied against the likes of Lyon, Wolfsburg, Barcelona and Bayern Munich.Arsenal were unseeded due to their five year absence from the competition and were guaranteed a tough tie.

The first leg will be played at Meadow Park on 16th or 17th October, with the return in  Prague on 30th or 31st. It seals a tough October in which Arsenal will also play Chelsea and Manchester City in the WSL.

Ljungberg hails youngsters for not folding

Emery cites Fabinho example as he pleads patience for Pepe