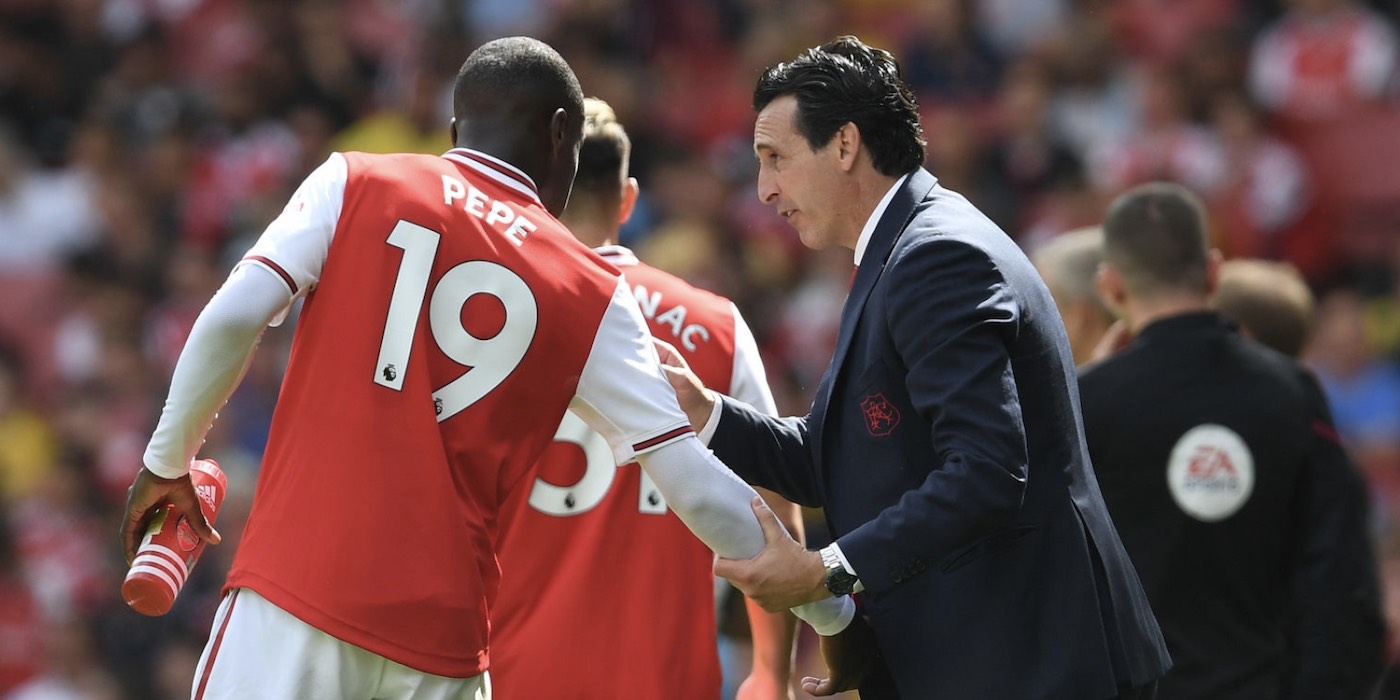 Unai Emery says he’s confident that Nicolas Pepe will have a good career at Arsenal despite his slow start to life in North London, and that he’ll do his utmost to help him settle after his £72m move from Lille.

The Spaniard was keen to play down the fact that he’s the club’s record signing, saying that transfer fees and wages play no part in how he views a player (something Mesut Ozil could attest to).

Speaking ahead of the Europa League clash with Standard Liege at the Emirates, the Arsenal boss reminded fans that it can take time for players to get used to a new league, and assured them that the 24 year old would come good.

“Pepe is an amazing player. I am sure he is going to have a big career here,” he said.

“He needs time but also a lot of players when they came here, the first month, the first year is not easy for them, but I am going to work with him to make that adaptation easier.”

And on the fact he was one of the most expensive signings of the summer, he continued, “They are human, every player. When they are here working, playing, with us, it is not relevant for us to speak about the money.

“Not for him, not for another, young player or experienced players. The salaries are not important for me. They are players, they are human and they play not thinking about that.

It remains to be seen if Pepe will play a part tonight in the Europa League, but it might be the kind of game that could boost his confidence, so it’s not impossible he’s involved to some extent.

The post Emery confident on Pepe, price-tag not a consideration appeared first on Arseblog News – the Arsenal news site.

Sokratis: We have quality but we lack confidence

Emery: Torreira can play further up the pitch

Video: Vitoria 1-1 Arsenal ‘On the whistle’

Ljungberg: They broke through us too easily