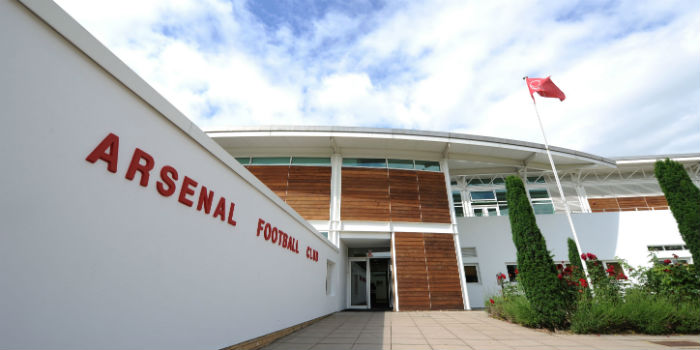 Hubert Graczyk has been on the periphery of the Arsenal U18 squad for a couple of seasons but the highly regarded young goalkeeper is now getting his time in the spotlight.

Graczyk has started regularly for Ken Gillard’s side in recent weeks and has made some good saves as he has gained valuable experience.

Last season Graczyk was named on the bench for the U23s against Chelsea while he was still a schoolboy, and if he continues to produce performances of a high standard then he will eventually be able to test himself at that level.

A good kicker of the ball, Graczyk isn’t especially tall, yet he is a commanding presence and a good communicator.

The early signs this season suggest that, at present at least, he may be a more useful option than Karl Hein, who has been given chances at U23 level but hasn’t been especially convincing.

When the highly rated Arthur Okonkwo returns from injury it is likely that Graczyk could find himself falling back down the pecking order.

For now, though, he is enjoying the extra responsibility he has been afforded this season.

The post Graczyk given chance to impress for Arsenal U18s appeared first on Arseblog News – the Arsenal news site.

Cazorla: I would love to go back to Arsenal

Emery’s passive Arsenal needs to get stuck in

Emery cites Fabinho example as he pleads patience for Pepe