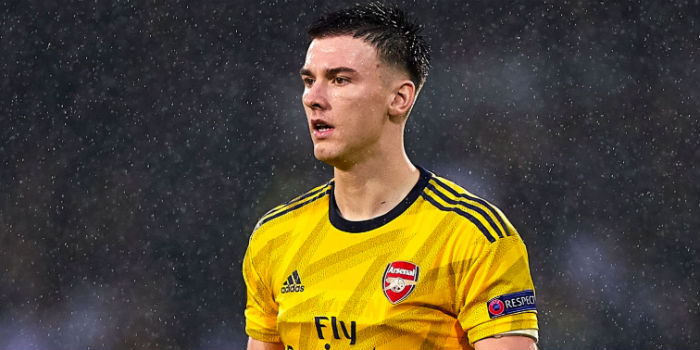 Kieran Tierney says Unai Emery can count on the support of all his players despite overseeing a poor run of form that has seen Arsenal win just once in the last seven games.

The Gunners looked well place to secure qualification to the Europa League knockout stages when they took a late lead against Vitoria yesterday afternoon only for a stoppage time equaliser to pile the misery on the beleaguered Spaniard.

The 1-1 draw means Arsenal have now let leads slip in four consecutive games and, despite a switch to a 3-man backline, it’s fair to say we looked no more solid at the defence.

The Scot, signed from Celtic in the summer, insists his teammates must forget the negativity that has engulfed the club and instead should focus on getting results, starting with Saturday’s match against Leicester.

“It is up to us as players to correct it on the pitch,” he told Arsenal.com. “For me, [Emery] has been brilliant since I’ve come in. I have learned a lot. I am learning a lot every day, playing with great players. Everybody in the changing room has got belief in each other and the manager.

“[I’ve learnt about] his style of play. He likes to keep the ball, pass the ball with a possession type game and for me I am just learning and working on my technique with him.

“I am working on passing and crossing – everything in general. I am working with the coaches as well, so just all round I am learning. Of course [it’s making me better] and the players around me are making me a better player as well. I am just learning and I am enjoying every week.”

He added: “Everybody is trying to stay as positive as they can. We know there is a lot going on that people are talking about.

“But we just need to forget about all that and concentrate on us, on bouncing back, and on giving the fans something to cheer about.

“In football it doesn’t always go your way, but we have got another chance on Saturday [against Leicester].

“We knew it was going to be hard [last night] with the conditions and how organised they are. To concede late on again is not good enough and we need to correct this.”

The post Tierney: Emery has the backing of the players appeared first on Arseblog News – the Arsenal news site.