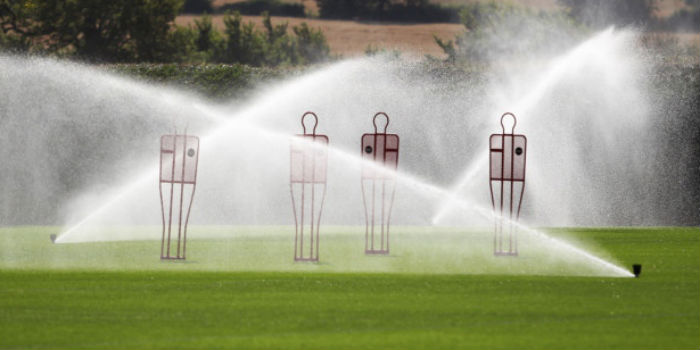 Kido Taylor-Hart went into this season with a reputation for being one of the most talented players in this year’s scholarship intake at Arsenal.

The winger, who featured for the U18s while he was still a schoolboy, started the campaign well and found the net against Brighton & Hove Albion but was subsequently stopped in his tracks by an injury, which is set to rule him out for around two months.

Taylor-Hart recently turned 17 and hasn’t yet signed a professional contract with the club, but it is expected that he will be offered such terms soon.

The prospect possesses excellent close control and can be extremely difficult to defend against, but he does have to work on becoming more ruthless in front of goal.

Taylor-Hart also needs to get stronger physically before he can be considered for the U23 squad, but he has all the technical qualities required to succeed at a high level.

While his injury setback will undoubtedly be frustrating for Taylor-Hart, it will give him time to work in the gym and come back even stronger for the second half of the season.

One positive to take from this situation is that Taylor-Hart’s absence has enabled Nathan Butler-Oyedeji to have an extended run in the starting lineup for the U18s, and the first year scholar has taken his chances so far.

When Taylor-Hart returns it could well be an intriguing battle for the starting berth on the left wing, although he is capable of playing as an attacking midfielder if required.

Graczyk given chance to impress for Arsenal U18s