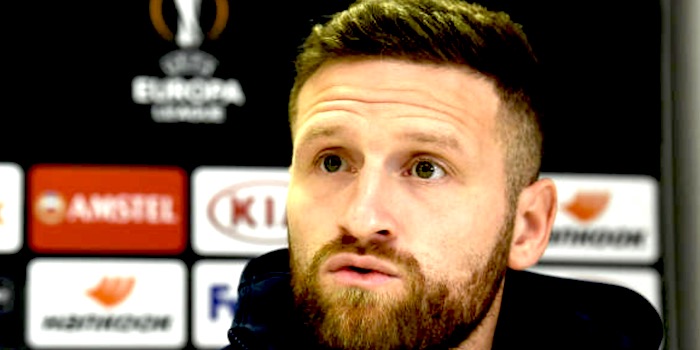 Shkodran Mustafi was something of a surprise choice to accompany Unai Emery at today’s pre-Frankfurt press conference, given the German was told in no uncertain terms by the head coach that his future lay elsewhere.

He has yet to make a Premier League appearance this season, but has played in all four Europa League ties, helping Arsenal to three wins and a draw, leaving us on 10 points at the top of our group.

Mustafi touched on his future in North London, but insisted that was a secondary issue as the players and staff attempt to put a halt to this dreadful run of form.

“We play for each other because we are a team, the boys in the dressing room and the coaching staff are all in the same boat.

“If the coach is under pressure, the players are too. We stick together, we fight for each other and everyone is trying to give their best.

“The coach is trying to organise the team and we, as players, try to put on the pitch what we do every day in training.

“We play together, we’re in the same boat and we will try to fight our way out of this.”

Being sidelined most weeks is not something any player enjoys, and the former Valencia man was asked about his own future with the January transfer window a little over a month away from opening.

“I am a player of Arsenal and I’ve got a contract with Arsenal for one and a half more years,” he said.

“So at the moment I’m really not thinking about my own personal future. I am thinking about when I have the opportunity to help the team, I am trying to do that.

“This is not only me, this is everyone in the dressing room. I know there are always a lot of things going on and a lot of people talk and give opinions on what is going on, but I can say that in the dressing room that everyone is fully focused on giving everything to get out of this situation because it makes life easier for us when things are going good.

“So everyone is really looking to play football and win games with Arsenal.”

The post Mustafi: We will try to fight our way out of this appeared first on Arseblog News – the Arsenal news site.