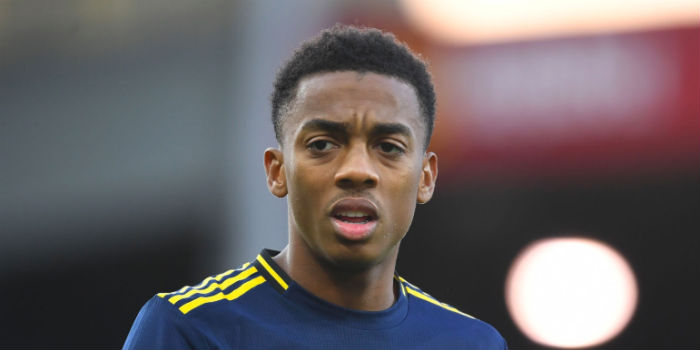 Freddie Ljungberg kept faith with Arsenal’s youngsters in his first game in charge as interim head coach at Arsenal.

While the Swede apologised to Reiss Nelson for not including him in the matchday squad at Norwich, he did find room to play Joe Willock in the centre of midfield and brought on Bukayo Saka and Gabriel Martinelli in the closing stages.

After the 2-2 draw at Carrow Road, Willock, who worked with Ljungberg when he was in charge of the club’s under-15s and under-23s, shed light on what the 42-year-old had said to his players prior to kick-off.

“We know collectively we need to improve with whatever manager comes in,” he told Sky Sports.

“Freddie is a brilliant manager, we believe in him and we’re working hard to try and improve.

“As a team, as a club, we weren’t doing the badge justice. We have to try to do that. He said the most important thing is to play, to play with happiness and get the pride in the badge back and work to win.”

Ljungberg sprung a surprise with his first team selection, handing Shkodran Mustafi his first Premier League appearance of the season. The Swede was eager to underline that everyone at the club will get a fresh start under him, even the German who was told in the summer he was surplus to requirements.

“I haven’t had a word with the players but for me that’s how it works,” Freddie told his post-game press conference.

“I have been here for three months and last year I was the manager of the under-23s and I saw every game for the first team so I have an opinion about how we can play and what players to use.

“I try to see things like that, everybody has a fair chance and what I see in training and in games is what I will judge them on.”

The post Willock: We’ve not been doing the badge justice appeared first on Arseblog News – the Arsenal news site.

Arsene Wenger autobiography due for publication in Autumn 2020