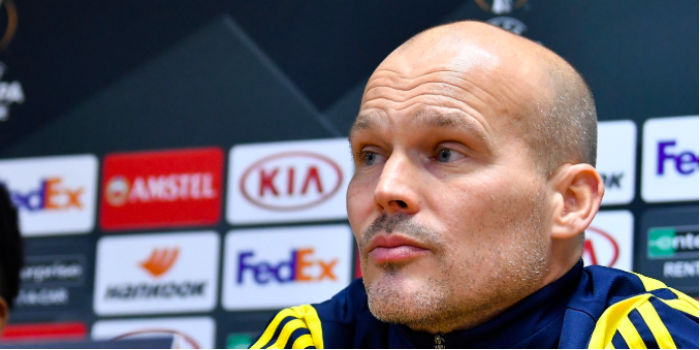 Freddie Ljungberg has made clear that his sole focus is getting Arsenal playing good football again and that speculation about the identity of the club’s next head coach is of no interest to him.

The Swede has held the position on an interim basis since Unai Emery was sacked 13 days ago and remains in the running to take the job on an ongoing basis.

The Gunners are known to have contacted a host of potential candidates with Carlo Ancelotti – sacked last night by Napoli – the latest to be linked. Fellow ex-Gunners Patrick Vieira and Mikel Arteta are also in the running.

Ahead of Thursday’s clash with Standard Liege, was quizzed on the suitability of Ancelotti.

“I’ve been asked this question a lot since I took over and I just try to concentrate on my job – that is to win football games and get us to play better football,” he told his press conference.

“What the club decides to do or who they choose it is totally up to them but I stay totally out of it.”

Ljungberg also said he’s had no contact with the club hierarchy about the situation.

“It’s not a conversation I’ve had with the bosses. My job is to go from day to day, game to game, to try to help this fantastic club. That’s what I try to do. All of those decisions are up to the top dogs.”

After returning to the club following a spell in Germany with Wolfsburg, Ljungberg took over the club’s under-23s for a year before making the step up to Emery’s first team set-up.

Inside the space of four months, he’s become head coach. It’s all been a bit of a whirlwind, but he appears to have the club’s backing, especially having worked with some many of the youngsters before.

“When they asked me to do that job [first team coach] in the summer, it was an honour,” said Ljungberg. “I’d worked hard and tried to do my best.

“It’s nice to be recognised for the work you do. How we developed young players. I do things, I try to look at each individual player, see his strengths and weaknesses.

“Every coach does the same thing. Sometimes it works, sometimes it doesn’t.

“If I can add one thing, I try to see what players can do and not focus on what they cannot do.”

The post “I’m staying out of it” – Ljungberg won’t be drawn on head coach rumours appeared first on Arseblog News – the Arsenal news site.

Mustafi: We need to be calmer

Ornstein: Arsenal board 100% behind Emery