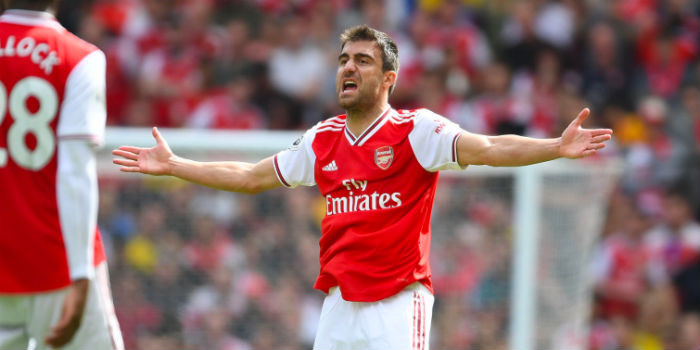 Sokratis says Arsenal have the opportunity to get their season back on track when Manchester City visit the Emirates on Sunday afternoon.

The Greek has urged the Gunners to build a quality performance on the foundations of ‘dirty work’ and reckons we could ‘explode’ as a result; presumably in a good way rather than the manner in which we usually self-destruct.

Anyway, thanks to a win against West Ham on Monday and yesterday’s comeback at Liege there’s a teensy bit of optimism around the camp.

“Of course, it is a very difficult game,” Sokratis told the Evening Standard. “Sometimes, these are games where you can explode. We need one good game in our home to explode.

“You have to have quality but to show the quality you have to first show intensity, win the duels, be organised.

Arsenal certainly can’t afford to drop more points at the weekend. While Monday’s win was welcome, we could be just four points off the relegation zone by kick-off if other results go against us. With massive games against Everton, Chelsea and Manchester United also on the horizon, it’s already squeaky bum time.

The post Sokratis: We need one good game to explode appeared first on Arseblog News – the Arsenal news site.

Emery: Torreira has Arsenal future, but he must improve