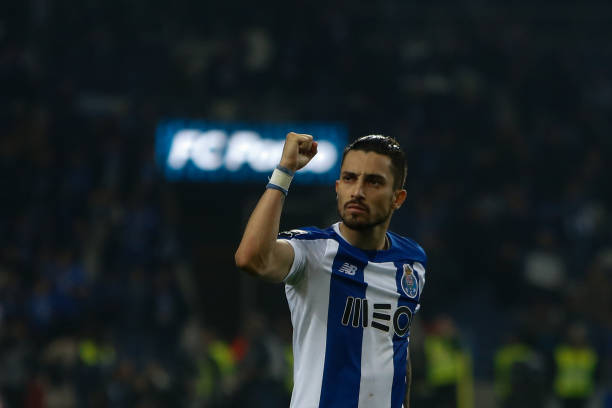 Porto made no mistake in booking their spot in the Taça de Portugal final. Viseu had fought hard to a 1-1 draw in the first leg but couldn’t cause any problems this time out.

Alex Telles converted a penalty in the first half after Zé Luis earned his side a spot kick. The forward headed a second and Sérgio Oliveira rounded out the scoring from close range to set up a Jamor date with Benfica at the end of the season.

Académico de Viseu caused a shock in the first leg, when João Mário’s equaliser cancelled out Zé Luis’ goal to leave everything to play for in the second leg. Sérgio Conceição fielded a somewhat stronger side for the second leg to help set up a big clash with Benfica after the Eagles edged past Famalicão in last night’s game.

Porto started brightly with Shoya Nakajima’s movement and skill proving difficult for the Viseu defence to contend with at the Estádio do Dragão. It was Nakajima’s pass that lead to the opening goal when he found Zé Luis in the box. The Porto striker turned his defender before falling down after the slightest of pushes from Viseu defender Félix Mathaus.

Alex Telles scored an important penalty against Benfica last weekend, and he made no mistake here to put Porto in the lead, making it 2-1 on aggregate.

Viseu struggled to mount any sort of attack while Porto always looked capable of scoring despite never needing to get out of first gear. That trend continued after the break and despite Viseu only being one goal behind in the tie they struggled to find any way through the Porto defence.

Jesús Corona had a great chance to extend Porto’s lead when he was put through on goal, but Ricardo Fernandes did well to stop the shot. From the resulting corner Porto doubled their lead, after the initial cross was cleared by Viseu, Porto regained the ball and Alex Telles crossed for Zé Luis to head in and effectively put the tie to bed. Viseu were hopeful that VAR would rule out the goal for an offside in the build-up, but the goal stood.

Porto made it three in the 74th minute with VAR helping in the process. Again, it was from a corner, this time Sérgio Oliveira tapping the ball in from just a yard away from goal. Initially the assistant referee ruled out the goal for offside, but VAR showed the midfielder had stayed onside.

Porto’s comfortable win guarantees a heated final against Benfica, remarkably the first time the two clubs have faced each other in the Taça de Portugal final since 2004. For Porto it was job done comfortably, if not spectacularly, whereas for Viseu the difference in quality what just too great to overcome.