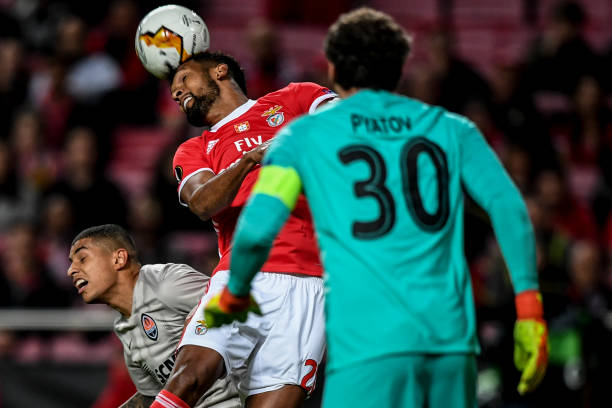 Benfica have followed all Portuguese sides out of the Europa League Round of 32 after drawing 3-3 to Luís Castro’s Shakhtar Donetsk at the Estádio da Luz, leaving behind a 5-4 aggregate loss.

The Eagles led the tie on the night on two separate occasions after Pizzi’s opener and an early Rafa Silva goal in the second half, placing Bruno Lage’s men 4-3 up over two legs.

Shakhtar were quick to snatch the advantage back off the hosts through Taras Stepanenko, paving way for the killer blow from Alan Patrick in the 70th minute, seeing the Ukrainian side through to the next round of the competition.

The game’s first chances fell the way of the hosts after Adel Taarabt’s back-post volley, emerging from Alex Grimaldo’s corner, was crucially blocked by Ismaily just moments before Pizzi brought the Luz to its feet with the opener in the 8th minute.

Unchallenged, the Benfica captain took his chance to drive at the penalty box from the left-hand side of the pitch before applying some much-needed bend behind a well-placed shot into the bottom-right corner, leaving Andriy Pyatov beaten.

Just like in the first leg, however, Shakhtar’s clap-back was prompt, levelling the game in the 10th minute via Rúben Dias’ own-goal, who’d turn the ball into his own net in a desperate attempt to avoid Junior Moraes from tapping home from close range.

Matters almost took a turn for the worse in the 20th minute after a Grimaldo-Ferro mix-up, pounced upon by Marlos down the right, before his attempt to lift the ball over Odisseas Vlachodimos took a nick off the goalkeeper and hit the outside of the post.

Rúben Dias made amends at the other end in the 36th minute to level the game on aggregate, as he rose highest to attack Pizzi’s corner and head low into the back of the net.

With the tie finely poised going into the break, Rafa Silva was on hand to edge the Eagles ahead on aggregate for a second time after Pyatov went missing, accepting Dyego Sousa’s assist to make it 3-1 in the 47th minute.

Again, Shakhtar required just a couple of minutes to issue a response and take an away-goal lead through Taras Stepanenko, heading in from a corner to reduce the score to 3-2 on the night.

Benfica’s search for a potential winner intensified with Haris Seferovic’s entry in the 67th minute, with the Swiss striker wasting no time in threatening the Ukrainian champions’ goal with a low header just wide, seconds after coming on.

Shakhtar never stopped searching for more goal joy either, landing a bitter blow to Benfica’s hopes of going through in the 70th minute via Alan Patrick’s volley in a prime position, bouncing into the far corner off the ground.

Off the bench, Carlos Vinícius was set up with the chance to relaunch the Red & Whites’ revival, but the Brazilian did little to trouble Pyatov with a back-post header into the experienced goalkeeper’s grasp, condemning Benfica to elimination.