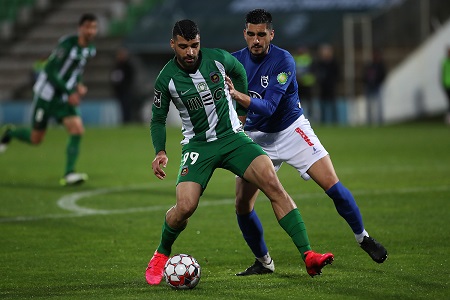 Rio Ave drew 0-0 against Belenenses SAD at the Estádio do Rio Ave despite dominating the match and seeing a late goal ruled out for offside. The result keeps Carlos Carvalhal’s well organised side in contention for the UEFA Europa League and a chance to achieve their highest position in the Portuguese top flight.

Neither goalkeeper had a serious save to make in the opening 45 minutes but second half substitutions brought the game to life. Belenenses striker Mateo Cassierra fired over from range shortly after the restart as Carvalhal introduced Gelson Dala for Tarantini in the 56th minute.

Rio Ave gained control of the match before Al Musrati picked up an injury and was replaced by debutant Leandro Silva. Bruno Moreira replaced Carlos Mané and Keita came on for Cassiera in the 76th minute, Dala going close with a shot deflected wide as chances remained hard to come by.

Belenenses goalkeeper André Moreira was booked for time wasting in the 84th minute that highlighted the visitors' aims. It almost backfired when Diogo Figueiras burst forward, exchanged passes with Bruno Moreira and finished into the bottom corner.

A lengthy VAR delay resulted in the goal ruled out with Moreira narrowly offside in the build-up. Matheus Reis saw his shot deflected wide and Moreira headed off target with the match ending goalless.

Could Carvalhal have done more?

Rio Ave attacking midfielder Diego Lopes suffered an injury on the eve of the match, his creativity and guile was severely lacking with wingers Nuno Santos and Carlos Mané failing to impress. Carvalhal bemoaned the loss of the Brazilian, stating: “We lacked ‘Messi’ perhaps, and our Messi – Diego Lopes – was missing, but again I have to congratulate my players who deserved the win today.”

“Could we have done anything more to get the win? To be perfectly honest… no. We more than deserved the victory.” Carvalhal was adamant his team deserved the win, but following a first half snooze fest and just two shots on target after 90 minutes, there is a feeling he should have started Gelson Dala and attacked Belenenses from the start.

HT Rio Ave 0-0 Belenenses. Neither keeper has had a meaningful save to make in Vila do Conde. pic.twitter.com/YwXilsjiQA

Gelson Dala returned to Rio Ave in January for his second stint in Vila do Conde after a frustrating six months on loan at Turkish club Antalyaspor. The Sporting CP attacker scored against Famalicão in his second appearance off the bench before being PortuGOAL’s Figure of the Week with two goals off the bench in a 2-1 win at Tondela.

With three goals in 96 minutes as a substitute it seemed certain the Angolan would start against Belenenses, even more so with the late injury to Diego Lopes. Dala is adept at playing as a lead or support striker but had to start on the bench once again as Carvalhal replaced Lopes with the more defensive minded Filipe Augusto.

It was clear Belenenses would sit back and soak up pressure, Carvalhal saying after the match: “Against a team that plays with a packed defence and, it's fair to say, with good defensive quality, you need a lot of patience. We knocked the ball around well and kept up our excellent form of recent weeks but we couldn't make the breakthrough.”

Dala needs more minutes to build up match fitness and this seemed the perfect opportunity to start. Nevertheless, the 23-year-old is set to become an important player for Rio Ave with 11 matches remaining.

The Vilacondenses haven’t lost in the Primeira Liga since a 1-0 home defeat to Marítimo on 5 January. In their next eight league matches Carlos Carvalhal’s side won 2-1 in Guimarães and held Sporting CP to a 1-1 home draw, earning 18 points from a possible 24 to put pressure on Sporting CP and Braga for a spot in the top four.

36-year-old Tarantini is a shining example of the fighting spirit at the club. Rio Ave’s captain has been at the club since 2008 and recently signed a new contract before making his 400th appearance for the Vila do Conde club.

Carvalhal deserves credit for guiding Rio Ave to the verge of another Europa League appearance. The 54-year-old manager is on target to equal the club’s best finish in the Primeira Liga and could even go one better by reaching the top four.

Goalkeeper Pawel Kieszek, centre-back Aderllan Santos, right-back Diogo Figueiras, winger Carlos Mané and attacker Lucas Piazon were all brought in last summer. Midfield enforcer Al Musrati and striker Gelson Dala were brought in on loan in January and made an immediate impact in Vila do Conde. 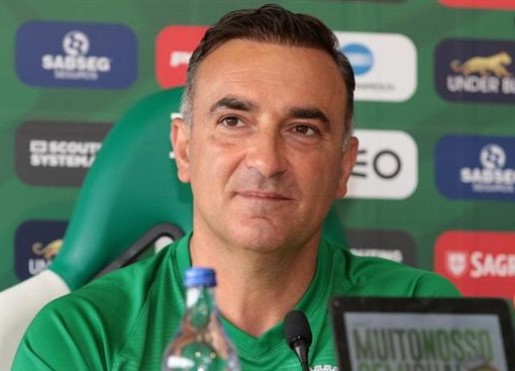 Signing Carlos Carvalhal was another sharp move after the manager failed to impress at Swansea following two years in charge of Sheffield Wednesday. Rio Ave's scouting network have been largely successful and Rio Ave are reaping the rewards.

Rio Ave achieved their best finish in the Portuguese top flight in the 1981-82 season with a fifth placed finish under Félix Mourinho, father of José Mourinho. In 2013-14 Rio Ave reached the Taça de Portugal and Taça da Liga finals under Nuno Espírito Santo, losing to Benfica in both but qualifying for Europe for the first time in the 2014-15 UEFA Europa League.

Pedro Martins guided Rio Ave past Swedish clubs IFK Göteborg and IF Elfsborg to reach the group stage where they finished last after winning one match, a 2-0 home victory against Aalborg. They wouldn’t have to wait long for another chance in the Europa League however.

A sixth placed finish in 2015-16 saw Rio Ave drawn against Slavia Prague in the third qualifying round where they drew 1-1 at home and 0-0 away to be eliminated on away goals. They narrowly missed out the next season after finishing seventh but equaled their best result in 2017-18 with fifth spot under Miguel Cardoso.

The following season they met Jagiellonia Białystok in the second qualifying round, losing 1-0 in Poland before a thrilling 4-4 draw in Vila do Conde ended their campaign. Breaking into the well established top four in Portugal is no easy feat with Vitória de Guimarães and Famalicão both staking their claims this season.

Benfica, Porto, Sporting CP and Braga regularly win the Taça de Portugal and Taça da Liga which means fifth position is enough to get into the Europa League qualifying rounds. Rio Ave are on target for their fourth Europe League appearance in seven years, a significant achievement for a club who are getting it right on and off the pitch.

PortuGOAL Figure of the Week: Bruno Duarte the architect of Famalicão's downfall in seven goal shock