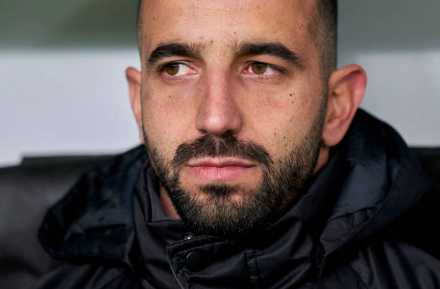 For the last 18 months, Sporting have felt little else other than turbulence and subsequent disenchantment as a result of the goings-on at the club.

From the 2017/18 debacle that birthed the famed invasion of Alcochete, the Lions’ training complex, the Lisbon outfit are yet to rid themselves of a state of instability, having sacked their second manager of the season in Jorge Silas and third in Frederico Varandas’ short, but somewhat agonising cycle as club president.

The current incumbent at the top of Sporting’s pyramid has moved quickly to try and spark any kind of optimism with the costly €10-million-appointment of Sporting de Braga boss Rúben Amorim, formerly the grand architect in a tight race between the two sides for a third-place finish. But what will the gamble do to a club whose tensions are already on a knife edge?

There was a time when such rolls of a dice were strictly off the table for a team all too wary of the grumbles from the stands – none being as prevalent as Sporting’s deliberate failure to tie up José Mourinho as manager, deep in the year 2000. At the time, Mourinho had his own future in the balance whilst managing lagging cross-city rivals Benfica, poised to appoint a new manager following Manuel Vilarinho’s election win as president.

‘The Special One’s’ association to Benfica, despite a brief history as Sir Bobby Robson’s assistant at Sporting, didn’t sit particularly well with the green half of Lisbon, but the then fresh-faced manager made matters worse when celebrating effusively in front of his not-so-adoring neighbouring crowd, as the Eagles took down the reigning champions with a 3-0 victory to mark the end of Augusto Inácio’s tenure with the Lions.

Mourinho was not welcome at Alvalade, that much was made clear, as Sporting pulled out of negotiations at the last minute and the current Tottenham Hotspur boss went on to make a name for himself at the likes of FC Porto, Chelsea, Inter Milan and so forth.

At the time, the double UEFA Champions League winner had just a handful of games to his name, meanwhile the Benfica links enable additional points of comparison to be drawn to the now Sporting boss, Amorim. Where Mourinho had access to some of the greatest minds in football, such as Robson and Louis van Gaal, the ex-Benfica utility man boasts a respectable top-flight career in Portugal, also under the stewardship of fine names of management, like Jorge Jesus.

Unlike in 2000, however, ties between the Sporting board and the fans drift into a position where they are as severed as they have ever been, removing the hierarchy from a standpoint where they feel they have to listen as much. Therefore, the narrative attached to Sporting’s next move is clear – they do not want a repeat of 2000.

Following spells at Casa Pia and Braga B, in which Amorim was at the centre of a public dispute with the federation over his insufficient coaching qualifications, the former professional footballer was quick to earn the trust of the ‘Arsenalistas’ in the 13 games he’s managed. Rangers, in the Europa League, were the only side capable of inflicting defeat on Braga’s team since Amorim emerged onto the scene, leaving in his trail a defeated Benfica outfit for the first time in 65 years at the Luz, on top of twice overcoming FC Porto and Sporting and subsequently adding silverware to his CV with success in the Taça da Liga.

A hot commodity Amorim is, so much so that Sporting have forked out €10 million on the young coach, making him the third most expensive manager hire in history, in hopes that he can bring some much needed inspiration to Alvalade in much the same way Braga felt it, post-Ricardo Sá Pinto. The investment is so real, at a time when we weigh up capture of a quality manager capable of elevating a player's game versus the transfer fees often spent aimlessly, that it makes Amorim’s signing only second to Bas Dost in cost, after he joined for little over £11 million from Wolfsburg back in August 2016.

And so the question being emitted here is should Sporting, regardless of the promise shown by their latest appointment, be forking out so much money on a manager 13 games deep into his top-flight career? The answer on most people’s lips, on that basis alone, is perhaps no, which doesn’t bode well with the full spectrum of insufficiencies stamped across the damned Lisbon club at present. 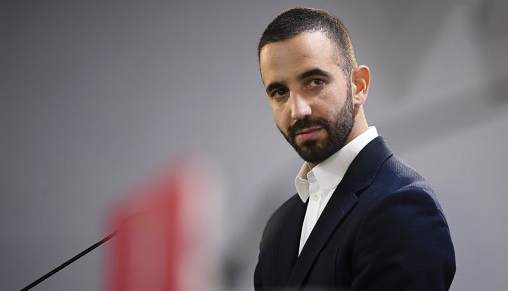 From a board tied by inherited debt, who later have enough to fire €10 million at an undoubtedly inexperienced coach, to a policy dedicated to youth, broken window upon window, nothing seems to be very clear at present on Sporting’s divide of the capital city. One moment the top brass are bemoaning the lack of investment in the academies, right down to the fine details of new mattresses being made available for Sporting’s future stars, the next, the club’s farming out the likes of Matheus Pereira, Daniel Bragança, Domingos Duarte and even ex-Amorim lieutenant João Palhinha in an eventual time of need.

The arrivals, way in excess of €30 million since the fall of Bruno de Carvalho, have done little to supply the likes of José Peseiro, Marcel Keizer and, more recently, Silas, leaving no sign of an identity or concise vision being formed at the club. The tried and tested, like Jesé Rodriguez and Yannick Bolasie, have often filled the roles of potential assets in Rafael Camacho, Jovane Cabral and Gonzalo Plata. The confusion is such that Sporting even took on Shakhtar Donetsk’s Fernando on loan, nursed his progression through injury and the under-23s before shipping him back to Ukraine months later when others, namely the highly-thought-of Joelson Fernandes, were vying for a chance with the rest of the youngsters.

This is the sort of miscommunication and disorganisation between manager, president and Hugo Viana-led recruitment intermediaries that Amorim will have to walk into at his very raw age, carrying far greater expectation with, frankly, a far worse structure to support him than he initially had at Braga. The individual quality of both teams can be debated for days, but collective synergy and management, as shown by the current league standings, cannot. Sporting are operating at an inferior standard.

And for as much as the Alcochete fiasco may be used as the motive behind Sporting falling to its knees, the renewed cycle of incoming players, with a fresh mental canvas, makes it a theory that’s harder and harder to hide behind. Sporting won’t be the first, nor the last side to fall to such a culture of succumbing to failure and hopelessness, felt every time the team goes a goal or two down. AC Milan, Liverpool, Valencia and Arsenal, to name a few, have all been there and it takes a very strong-minded and contagious coach, alongside determined heads, to change that. Can Sporting realistically expect that from a 13-game man? Ahead of a board that looks more and more naïve with each passing month? And how soon?

Clearly not so soon, if Amorim’s reported goodbye to his Braga squad is to be believed, echoing his belief that it would be unlikely that Sporting could finish above his well-oiled former side. Given the comment and, moreover, the sizeable investment made, it may be an indication of the time that will be given to the young manager to turn his new cruise around, but by the same token, it may not be.

The financial commitment almost demands results, and quickly, as does Varandas’ popularity as president, already on the ropes in the face of the Lions’ depressing decline. Who’s to say, in the absence of habitual success, that questions won’t be asked of Amorim’s startling lack of managerial experience? What weight will the fans place on the fact he has been introduced to the post by one of the least popular club presidents going? And how will that sit with a thus far trigger-happy board, desperate to hang onto the command of the club amid very visible concerns from the stands?

An apparent problem in Silas may be gone, but questions continue to mount at Alvalade for a club ever so distant from its true potential. They shouldn’t and can’t be answered alone by a 35-year-old, under-qualified manager still finding his way around the constraints of the dugout. It’d be a tall order even for the very best bosses in the game. The fans will have to understand that. It may well be a shame that the board didn’t before coughing up such a gargantuan sum.

United or Juve for Tonali?