talkSPORT.com rounds up all the latest transfer news and football gossip from Saturday’s papers and online… 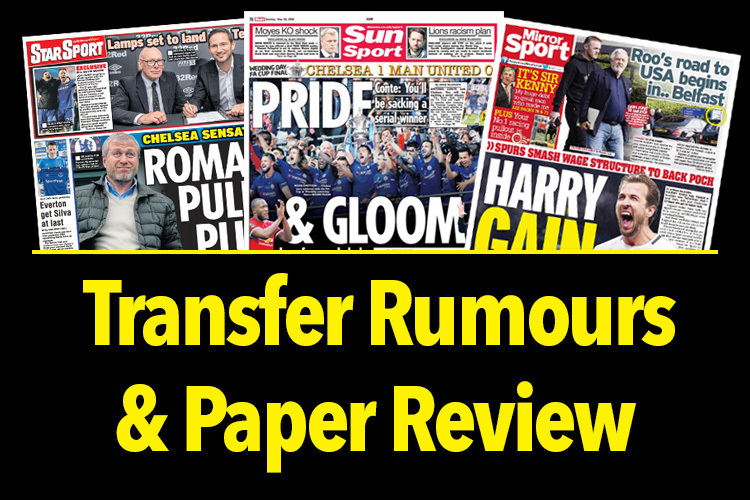 FA chairman Greg Clarke has told the Premier League he does not think it is feasible to finish this season’s competition. (The Times)

However, the are ‘plans’ to crown Liverpoolas Premier League champions and give Leeds and West Brom promotion, even if the coronavirus crisis causes the season to be abandoned – FULL STORY

Leeds boss Marcelo Bielsa will NOT to give his squad any extra time off during the coronavirus-enforced break. (Daily Mail)

Tottenham and West Ham are under pressure to complete their home games before the summer, with several events already booked in at their stadiums. (Daily Mirror)

Arsenal are planning a summer move for Wolves forward Diogo Jota. The 23-year-old Portugal international has been in fine form this season with 15 goals and six assists. (Daily Mail)

Manchester United are ahead of Liverpool in the race to sign Borussia Monchengladbach midfielder Denis Zakaria. The 23-year-old Swiss ace is also being tracked by Atletico Madrid and Borussia Dortmund. (Sky Germany)

Manchester United have been dealt a blow in their pursuit of Paulo Dybala after Juventus stepped up their contract renewal talks with the Argentine star. (Daily Star)

Chelsea are keen on signing Manchester United’s English midfielder Angel Gomes, 19, on a free transfer at the end of the season. (Metro)

Lazio want to sign Chelsea striker Olivier Giroud and AC Milan midfielder Giacomo Bonaventura, who will both become free agents at the end of the season. (Gazzetta dello Sport)

Juventus will make a £25m offer for Chelsea’sItaly full-back Emerson Palmieri in the summer, having had a bid for the 25-year-old rejected in January. (Daily Express)

Barcelona have agreed to sign Argentine striker Lautaro Martinez from Inter Milan this summer and will give the 22-year-old a £16m-a-year contract. (Daily Star)

Burnley will have to sell English winger Dwight McNeil one day, concedes manager Sean Dyche, but insists they are under no pressure to sell the 20-year-old. (Daily Mirror)

Lille vs Chelsea team news: How Frank Lampard’s men could line-up for vital Champions League group clash with Ligue 1 side